Show Me Some Love...

I have been very fortunate over the many years I've been shooting weddings, to have received some absolutely amazing feedback from couples... 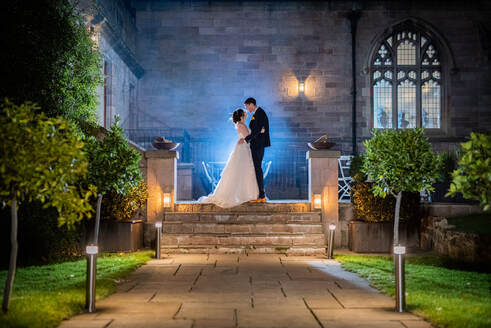 Nigel is a true master of his art and his work speaks for itself!

We first met Nigel at a wedding fair back in 2018 and were absolutely blown away by his work. As people who don't particularly feel comfortable in front of the camera, the fact that he has a background in landscape photography and uses that in his wedding photography really appealed to us. Instead of taking nice photos of us, he takes gorgeous photos that we happen to be in.

We booked Nigel the day after we met him in October 2018 for our 2021 wedding. However, with covid we had many date changes and even a venue change. Nigel was always there to answer my questions and even calm me down on occasions, his replies to emails and messages were very quick and he couldn't do more to help. Even recommending venues when our original venue closed.

We had an engagement shoot with nigel first which got rid of the awkwardness of being photographed and his easy go nature makes him an absolute pleasure to work with. The only problem with Nigels work is that all of his pictures are stunning and I can't choose which ones to display because I want them all displayed.

On the day of the wedding Nigel and his second shooter Rich, arrived nice and early and got to work straight away! Not only did he get bridal prep but groom prep too! He blended in to the background and stole us away for photos when there was the right lighting or something he wanted to capture. We also had a videographer, they all worked well alongside each other send didn't get in each others way. Nigel was amazing already and even took charge to announce cake cutting, when needed.

I have received a sneak peek photo which is insanely beautiful and I'm so excited to see all the shots from the day!

Thank you Nigel and Rich for making our day so special and capturing the memories in such a spectacular way. 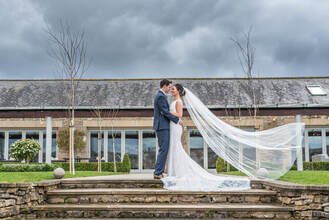 Well, where do I began… Firstly, we would 200% recommend Nigel for your photographer! From our first contact with Nigel, he was extremely professional and friendly. He gave us some examples of his work (and some from where we were getting married), and as soon as we saw just a couple of photos, we knew he was a fantastic photographer.
We then met Nigel for our pre-wedding shoot at Bolton Abbey. If anyone is debating whether to do this (and honestly we were slightly dreading it as we didn’t know what to expect), we 100% recommend doing it. It gave us a chance to meet and get to know Nigel, and vice versa. It made us feel a lot more comfortable on the wedding day, plus it was a nice day out too!
For the wedding day itself, Nigel and Richard both arrived about 10.30/11ish, and stayed all day, well past the first dance. Nigel has a great eye for some photo opportunities, and so many you don’t even realise he took. He made us all feel so at ease, and both Nigel and Richard were just part of the wedding party! It was the best days of our lives, and everything was captured perfectly. Nigel helped direct when and where to take photos, but without overdoing it / imposing on anything we were doing. It was a really nice balance. Plus, for some photos of me and David, it gave us some time just the two of us. Plus when it was the group photos, Nigel was able to gather up the troops well, and get us all in the right place, quickly and efficiently (it was a bit cool and windy on the day!). In addition to this, Nigel captured photos of our fireworks in the most perfect way – captured just at the right moment. This was important to us, and we were not disappointed (infact the photo we got was better than expected!!).
We have been very fortunate to be able to see snapshots of photos very quickly after the wedding, as well as an AMAZING video that summarises our wedding day photos, and it honestly captures all the key moments so well. It made us so emotional and helped us to reminisce about the day watching the video.
I thought our photos and video would be good from what I had seen from Nigel’s other photos, but they are better than I could have imagined. We didn’t get to go away on our honeymoon, and getting to see our photos and wedding video really did cheer us up and remind us of what an amazing day we had. I’ve also had sooooo many people from the wedding, and those that weren’t at the wedding, comment on how good the photos have been, and how good Nigel was on the day too. Massive thank you Nigel for everything on our wedding day, and also before and after too. The service is top notch, and it’s as though we knew you before!
If anyone is in doubt about who to book as their wedding photographer, don’t look any further.